Jazzing up a Drizzle Cake

Anyone who likes lemons will love lemon drizzle cake. Light, fluffy, and deliciously zesty, it is the perfect cake for any occasion - any time of the day! Although the exact origin of lemon cake is unknown, it probably derives from the pound cake, which first appeared in England around the start of the 17th century. Pound cake is a simple yet dense cake traditionally made to feed large groups of people. To the Victorian sponge it has a richer flavour. Made with a pound of each ingredient: flour, butter, eggs, and sugar.

The first recipe for sponge cake appeared in 1615, and rapidly took off. In one direction it became a savoy cake (a fatless sponge ideal for trifles), the other became termed a pound cake (requiring one pound – roughly 500g – each of the four main ingredients). It is from the latter we suspect the lemon drizzle derives.

Now we do admit the lemon drizzle cake is perfect as it is. It certainly needs no deviation from the classic recipe, yet we have decided to go against tradition (breath in a sigh of shock!). Having made some dandelion syrup earlier in the season, we thought why not see how it works in a drizzle cake. Poured over sponge, we thought dandelion syrup on its own might taste over gooey or sticky (if there is such a thing as too sticky!).

Combining this wild sweet syrup with a lemon zesty sharpness might just be the makings of a new type of drizzle cake... why not try the recipe below and see what you think yourself?

For the drizzle topping 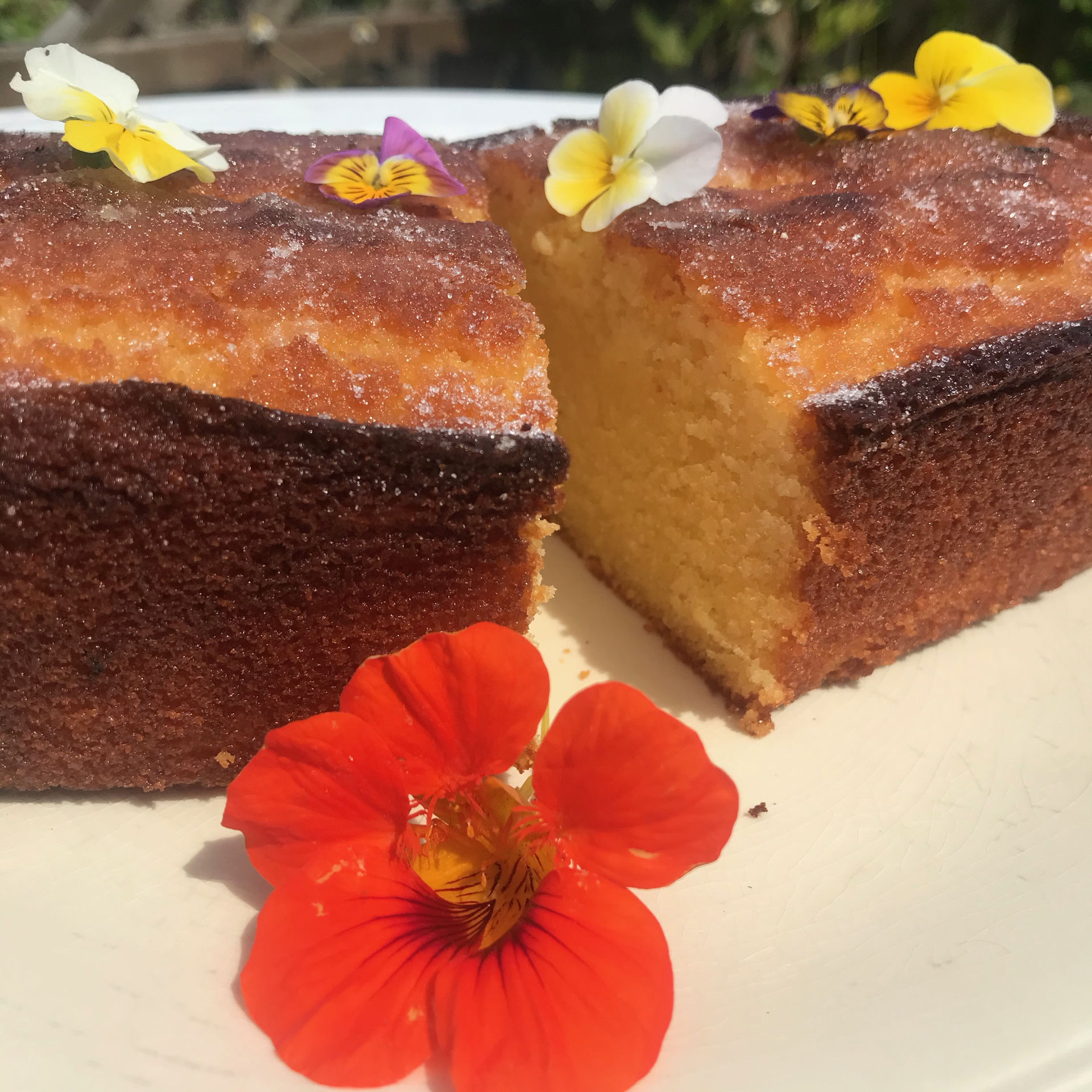